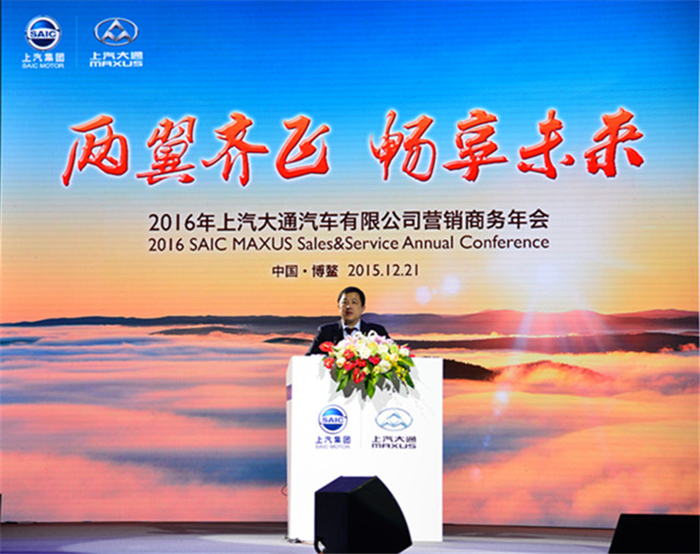 On Dec 21, SAIC MAXUS Automotive Co, a wholly-owned subsidiary of SAIC Motor Corp, held its annual marketing conference for 2016 in the southern small coastal town of Boao, the permanent site of Boao Forum for Asia since 2002. 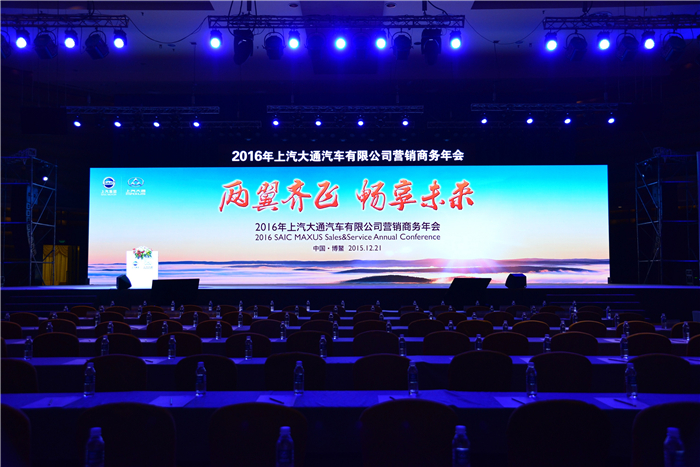 The conference gathered car dealers from across China, who reviewed achievements in the past year and set visions and plans for 2016. 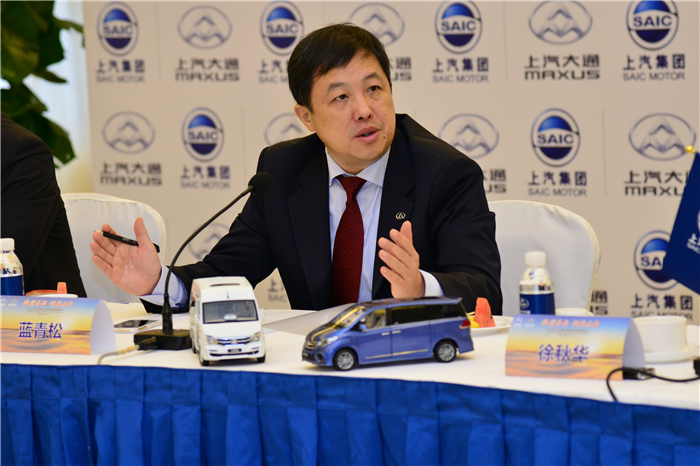 Last year, an economic new normal set in, and the car market also gradually slowed down and entered into a period of medium to low growth. In particular, the country’s economic restructuring dealt a heavy blow to the commercial vehicles segment, which saw output down 10.5 percent and sales down 9.7 percent in the first 11 months over the same period of 2014.

However, SAIC MAXUS proved to be a silver lining as it expects last year’s sales to exceed 35,000 units, an increase of 67 percent year-on-year, far outpacing the Chinese car market’s overall growth. 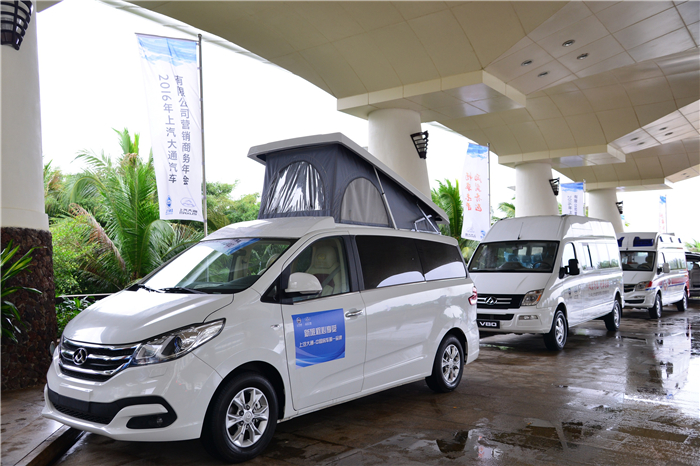 In addition to expanded sales and market share, MAXUS also made breakthroughs in products and branding as well as on overseas high-end markets in 2015. With regards to market growth rate, core technology and branding, the company set a series of new records, showing its prowess as an industry leader. 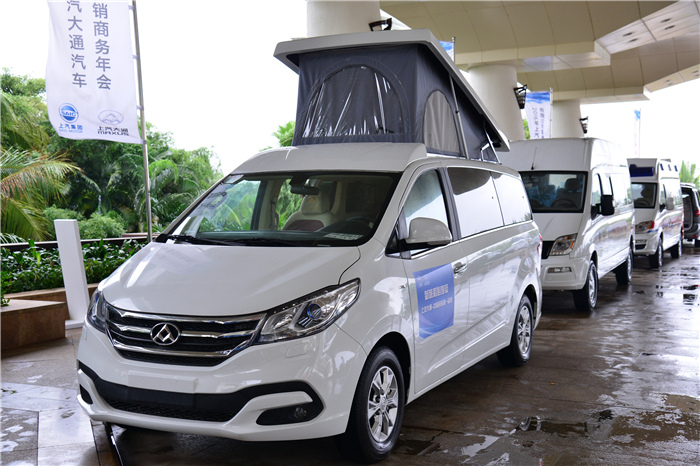 In 2015, the company outperformed the automobile industry as it continued its “MAXUS speed” of the past four years. It expanded its share significantly in the domestic market, and also made progress in developed countries. It succeeded in building the image of a high-end Chinese brand with its smart technologies as it won an exceptionally good reputation among consumers in the world. As an emerging star in the industry, the company advanced at full speed from an “industry innovator” to a “navigator”. 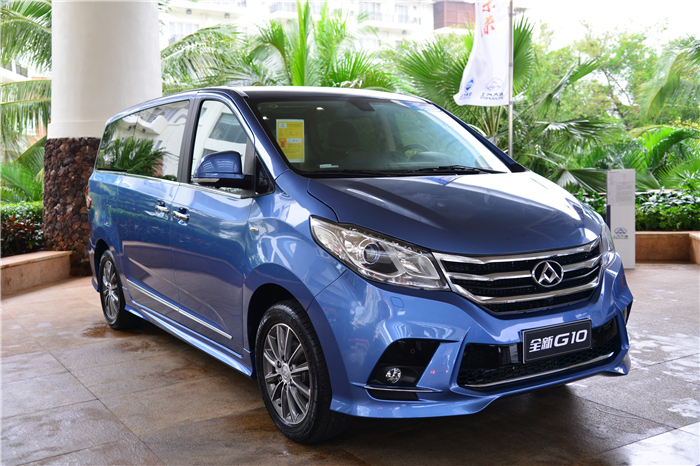 The near 70-percent annual growth in sales last year, far higher than its rivals, was achieved through combined advantages in products, marketing and services.

Its share on some regional markets topped 30 percent or even 40 percent. MAXUS G10 and V80 were frequently seen on roads in east China. MAXUS gained a market share of more than 30 percent in Shanghai, and for the first time it took the first place in the number of newly licensed vehicles in September in Jiaxing, east China’s Zhejiang province. In north China, MAXUS rolled out new energy vehicles and models conforming to the China V Emission Standard in smog-troubled Beijing, which helped promote green logistics and were hailed by both the government and the market. In the south, with Guangzhou at as the core market, MAXUS also gained exceptional momentum.

MAXUS estimates its total sales to top 35,000 units in 2015, up nearly 70 percent year-on-year. The annual sales of V80 were forecast to be more than 21,000 units last year, up 26 percent year-on-year and ranked among the industry’s top three, while G10 MPV saw sales hitting 14,000, growing the fastest in the mid-range and high-end market, and also made the top three in the core targeted market.

The car market abroad, especially in developed countries, has become a strategically important domain on the company’s overseas roadmap. MAXUS has gradually built the image of a high-end Chinese brand supported by high technology, high-end manufacturing and high quality, thus setting an example for Chinese brands hoping to enter the world’s high-end markets.

In 2015, MAXUS exported nearly 5,000 cars to 41 countries and regions, up 129 percent from the previous year, and developed countries were the largest overseas buyers. MAXUS continued to tap the EU market, with a focus on the UK, and secured orders for 3,000 units in the UK. In Australia, it entered the top ranks with annual sales nearing 2,000 units and in New Zealand the company made the top three on the local wide-body light buses market with a 15-percent share. Moreover, MAXUS debuted in Hong Kong and Singapore in the latter half of 2015, as part of the effort to further expand its global presence.

Behind the rapid growth on overseas markets are the premium experiences MAXUS offered to consumers across the world with its leading products, technologies and services. In New Zealand, Dave Hall, owner of a V80 van, set the record of running for 250,000 kilometers with no breakdowns over 200 days. In Suzhou, east China’s Jiangsu province, Cao Xiangli, also a V80 owner, set the record of 300,000 kilometers without an overhaul. A couple in Shanghai, Chen Yaoguo and his wife spent more than four months driving their V80 van to 34 countries and regions in Asia and Europe, a journey totaling more than 54,000 kilometers. They even made a trip to Birmingham in the UK because they wanted their V80 to “visit home”.

With its outstanding products, MAXUS won trust from an increasing number of consumers from around the world, and in turn the positive feedback from customers helped it gain more endorsements from a wider range of consumers.

Support from the parent company, SAIC Motor, which is ranked 60th on the Fortune Global 500, is indispensable for MAXUS’s achievements.

In the past four years, SAIC Motor has injected nearly 7 billion yuan into MAXUS and bolstered its rapid growth into a market leader in a short period of time with strong support in all aspects: products, technology, marketing, branding, research and development, and human resources.

So far, MAXUS has shaped its unique competitiveness through absorbing quality resources and making innovations and has set various records in the industry. Its products cover both conventionally-powered and new energy vehicles – including V80, G10 MPV, recreational vehicles (VRs), and pure electrics EV80 and EG10 MPV – many of which boast cutting edge technologies and high cost performance. For example, the brand-new G10, China’s first MPV that has dual sliding side doors, is equipped with more than 40 smart technologies such as the Nivomat automatic vehicle height control system, smart seats and a touch-free intelligent liftgate, and has become the new standard for mid-range and high-end MPV vehicles. A new model of V80 released this year, the first wide-body light bus that lives up to the China V Emission Standard, is equipped with the variable-geometry turbocharger (VGT) system, which perfectly balances high efficiency with low fuel consumption.

Following sponsoring high-profile events including the APEC summit, the Youth Olympic Games, CICA summit and SCO meetings, MAXUS also had the opportunity to provide transport services to the military and central media organizations during last year’s grand military parade on the National Day.

In addition, MAXUS increased the number of its aftersales service outlets to 285 in 2015, an increase of 57 over the previous year. It also took the lead in offering extended warranties and door-to-door services, and further optimized its aftersales networks with the aim of allowing consumers to “travel across the world without worries”.

Late last year, SAIC Motor unveiled a plan to raise 15 billion yuan, with about 4 billion yuan to be spent on MAXUS’ large-scale smart customization and new energy businesses. The investment will give a boost to MAXUS, allowing it to enter the consumer-to-business field and restructure its businesses, and with its users as the driving force grow into a comprehensive automobile service company in fields such as wide-body light buses, PMVs, new energy vehicles and VRs.

To begin with, MAXUS will launch its large-scale smart customization business with VRs by offering tailor-made and diversified products to meet consumers’ varied needs. The company aspires to become the top Chinese brand for VRs and gain the biggest share of the segment.

In 2016, MAXUS will continue to be guided by consumers and the market and do its best to understand consumers in every country and region and listen to their needs in order to offer products and services that consumers are willing to buy. Based on existing products, MAXUS will debut a series of new models this year, including pickups, SUVs, hydrogen fuel cell vehicles, and MPVs/RVs. Vowing to “return to the UK”, the company will accelerate and deepen deployment on overseas markets and continue to pursue the goal of becoming a domestic market leader in certain segments and a highly-competitive player on the global market.