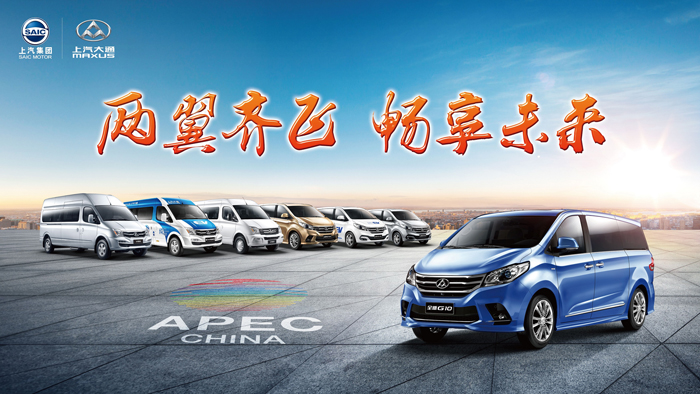 Compared with the high speed increase of the past several years, 2015 was considered to be a ‘cold winter’ for the Chinese auto market. Data shows that total output for last year was 24.59 million, increasing by only 4.68 percent on a year-on-year basis. However, the annual accumulated sales volume of SAIC reached 5.90 million, increasing by 5.01 percent and leading the domestic auto market. Among which SAIC MAXUS became one of the quickest areas of growth, increasing by 68 percent on a year-on-year basis, and providing a good outlook for the 12th five-year plan of SAIC Motor. 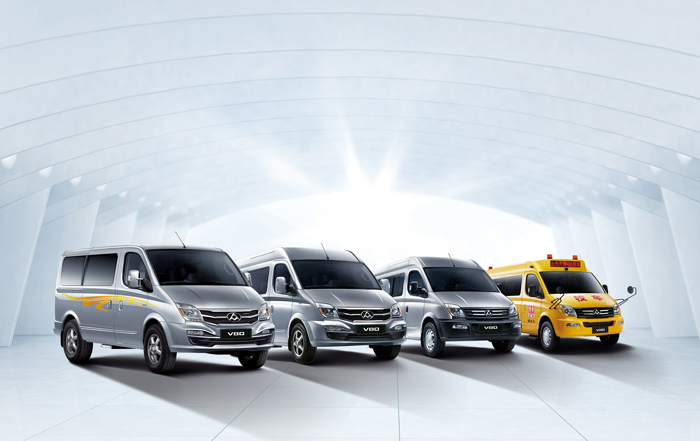 In the domestic market, SAIC MAXUS, with its ‘MAXUS speed’ continues to lead industrial development. Its annual sales volume reached 30,273 and took the lead in increasing regional market share, some of which reached more than 30 to 40 percent.

The market share in Shanghai has expanded to more than 30 percent, in Zhejiang’s Jiaxing city, the number of registrations of SAIC MAXUS products last September topped the city. And in North China, it launched SAIC MAXUS cars under ‘China 5’ standard which sets the sulfur content for gasoline at no more than 10 parts per million, providing a greener choice for consumers.

In the overseas market, SAIC MAXUS has been exported to 41 countries and regions with an annual export volume of around 5,000, taking up 14 percent of the total sales volume. With its strong system strength and high-end quality from LDV’s 100-year European origin, developed countries have become the largest overseas market of SAIC MAXUS.

In Australia, its annual sales volume reached around 2,000. In New Zealand, the market share of wide-body light bus reached 15 percent, ranking in the top three of the country.

The excellent performance of SAIC MAXUS in overseas and domestic markets indicates how highly regarded SAIC MAXUS is. Showing the strength of Intelligently Made in China, SAIC MAXUS has been a good model and provides an example to other domestic enterprises wishing to export to overseas developed countries.

SAIC MAXUS also recently delivered 260 V80 logistics vans to Ireland National Post, the first large order of the brand purchased by a European government and an example for Chinese brands to gain European government business in the future. In addition, in April this year, SAIC MAXUS will also exhibit at the Birmingham Auto Show in the UK, realizing the key transition of ‘European strategy’.

Core competence of product and brand

At the 11th meeting of the central finance and economy leading group, President Xi Jinping stressed that China should strengthen structural reform on the supply front to increase the quality and efficiency of supply systems and provide a growth impetus for sustainable economic development. The idea also accords with the enterprise strategy of SAIC MAXUS.

With poor global growth, the auto industry also faces management environment changes. The auto market has become gradually saturated; product homogenization and excess capacity has become common. The entire growth tendency of the auto market has slowed and is even sliding. Based on in-depth exploration of the domestic auto market, accurate cut-in of wide-body light bus market and mid- to high-end MPV market, with emphasis on coordinated development of domestic and overseas market, SAIC MAXUS introduced the eye-catching ‘MAXUS speed’ and managed to increase its market share.

In terms of enterprise strategy, SAIC MAXUS announced a name change to ‘SAIC MAXUS Auto Co., Ltd’ at the Guangzhou Auto Show in November of 2015, realizing unity of its brand name and enterprise name, would greatly improve its domestic and overseas influence. Unifying the name gives the company a better chance of becoming a well-known global brand.

Through intelligent product manufacturing, the company has focused on becoming a client-driven auto enterprise with brand-new business so as to satisfy the variant demands of clients. In the future, all the products of SAIC MAXUS including wide-body light bus, MPV, limo, new-energy product, pickup truck and SUV will strive to embody the demands of consumers from the period of research, bringing more comprehensive solutions in work and life to consumers.

SAIC MAXUS has stuck to the principle that only the most powerful products do well in the market. Since it launched the V80 in 2011, SAIC MAXUS has been dedicated to adopting leading techniques in products and has achieved multiple ‘industrial firsts’. For example, 2016 V80 is a wide-body light bus model that has gained the “China 5” standard. Compared with the previous “China 4” standard, the 2016 V80 adopts VGT with the potential of upgrading to Europe 6 regulations. It combines the third-generation high-pressure common-rail FSI of Germany Bosch, combining strong momentum and ultra-low emissions.

In terms of new energy field, SAIC MAXUS took the lead to boost the first pure electric wide-body light bus EV80 with the motor peak torque of 350 nm, the speech per hour of 150 km and the highest driving mileage of 370 km, taking the lead in innovative development of domestic light bus and truly realizing zero pollution and zero emissions. Besides constantly improving its new energy products, SAIC MAXUS is also devoted to constructing a new energy green ecological circle. The company is cooperating with industry-leading enterprises and organizations in Shanghai, Beijing and Zhongshan in new-energy logistics, public transport and commuting so as to boost the development of the new energy market and provide a good example for new consumers to enter the market.

In terms of brand marketing, SAIC MAXUS became the official car of international conferences such as APEC, YOG, CICA, SCO and Boao Forum for Asia and also the monitor car for the military parade which commemorated the 70th anniversary of the victories in the Chinese People's War of Resistance Against Japanese Aggression and the World Anti-Fascist War last year.

In terms of after-sale service, SAIC MAXUS took the lead to boost after-sales extended service and door-to-door service so as to further optimize its after-sales service system and build an industrial model.

In the future, SAIC MAXUS will carry out the ‘13th five-year’ brand strategic plan, which will accelerate reconstructing the layout of the industrial value chain, aim at the global market, keep improving brand influence and international competitiveness through technological innovation, realize the steady increase of ‘MAXUS speed’, improve the market share and industrial influence of its field. Meanwhile, the company will make contributions to realizing its objective of being a global auto company with global layout and transboundary management with great competitiveness and brand influence.