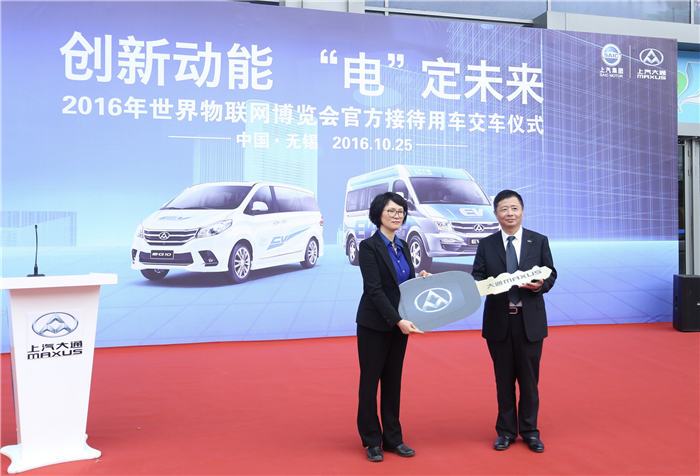 The World of Internet of Things (IoT) Exposition was held in Wuxi, East China’s Jiangsu province from Oct 30 to Nov 1, 2016.

The expo, which covers intelligent manufacturing, intelligent transport and internet of vehicles, big data and other key areas in the industry, is the highest-level and largest national expo in the IoT field in China. 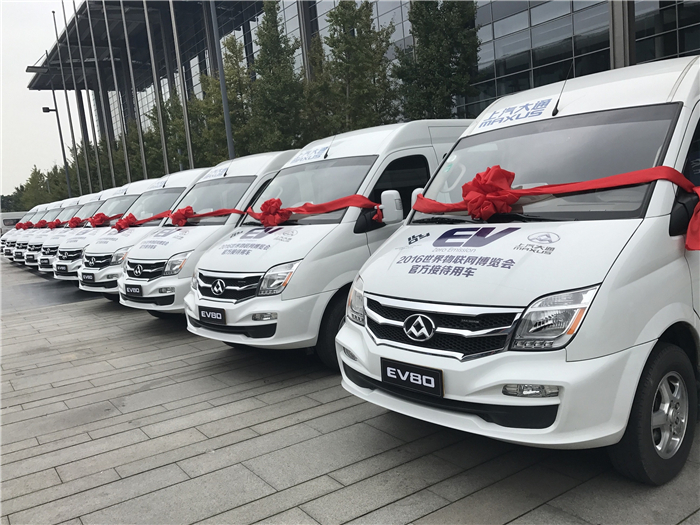 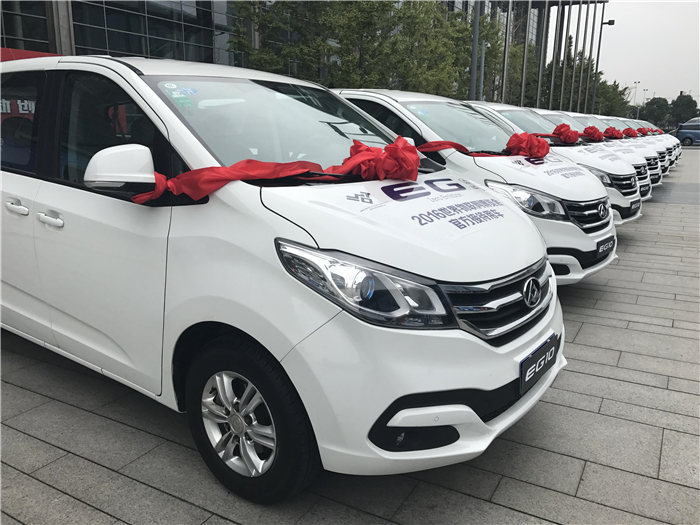 Inspired by the government’s energy saving and emission reduction initiative, Maxus became the first Chinese new energy car maker to use E-Mark certified electric car batteries. Its ability won endorsement from expo organizers and, as a result, EV80 and EG10, two of its new energy vans, were appointed as the official reception vans for the expo, with the delivery ceremony held in Wuxi on Oct 25.

The emerging IoT is called the “third wave” of the world’s IT industry, following computer and internet. The expo, with a theme of “Create IoT Era, Share Global Intelligence”, brought together some 5,000 officials, professionals and experts from more than 20 countries and regions, who held discussions and shared ideas in such fields as IoT and intelligent manufacturing, intelligent protection of the environment, intelligent transport, intelligent medical care, information security, big data and finance.

During the expo, Maxus pure electric vans EV80 and EG10 showcased the company’s advanced manufacturing technology to make safe and comfortable cars. The EV80, China’s first pure electric light van, boasts “the world’s most advanced technology and longest driving range of 370 km per charge” in its segment in the world. The van is equipped with an E-Mark certified battery, which has a capacity of 75kwh and requires short charging times, and thus can cope with intensive use. With regards to safety, multiple protection measures are adopted to guarantee a safety rating of IP67 for its high-voltage systems under various working conditions.

The EG10 is the first environmentally friendly electric vehicle among MPVs of its class, with impressive engine, safety, energy consumption and emission performance. It also has comfortable seats and a spacious interior. Maxus is working to master core technology as well as safety technology in building new energy cars so that it can provide users with higher-quality, higher-end products and services.

From January to September 2016, Maxus produced 1,743 new energy vehicles and sold 1,832. In September alone, the company registered an output of 482 units, climbing to the No 1 position in the sector and seizing a market share of nearly 50 percent. Despite that China’s crackdown on green-car subsidy cheating had dealt a blow on the output and sales of new energy cars nationwide, Maxus new energy vans continued to see significant growth in both output and sales, indicating the company has the capability and guts to forge ahead in this sector to better meet market demand.

Previously, Maxus had been used at a series of high-end international events, including G20 and APEC summits, Youth Olympic Games, CICA Summit, Boao Forum for Asia and SCO meetings.

In the future, Maxus new energy vans will gradually enter the developed market and, by taking advantage of its advanced technology, offer overseas consumers more diversified products and services. 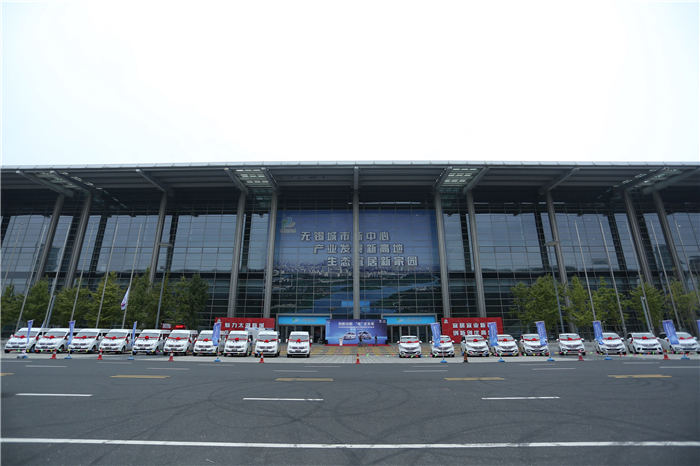