Four years after entering Australia, SAIC Maxus is now the leading Chinese automobile brand in sales volume and market share in the region. The brand enjoys increasing sales volume and a solid product reputation in Australia.

From January to August, 2017, SAIC Maxus sold 2,262 vehicles in Australia, New Zealand and Fiji, a 40 percent increase from the same period of the prior year, and a figure accounting for 53 percent of the total oversea sales. Australian market sales hit 1,397, a year-on-year increase of 59 percent that placed SAIC Maxus above its Chinese competitors. In New Zealand, 853 vehicles were sold, a year-on-year increase of 20 percent, which pushed Maxus’s market share in the country over 20 percent.

The T60 Pickup, with advanced technology and an intelligent operating system, is suitable for both commercial and private use. Designed and produced in accordance with the latest five-star safety standards of the Australasian New Car Assessment Program (ANCAP), it is the first of its kind to feature six airbags and both lane departure warning (LDW) and fatigue driving warning functionality. 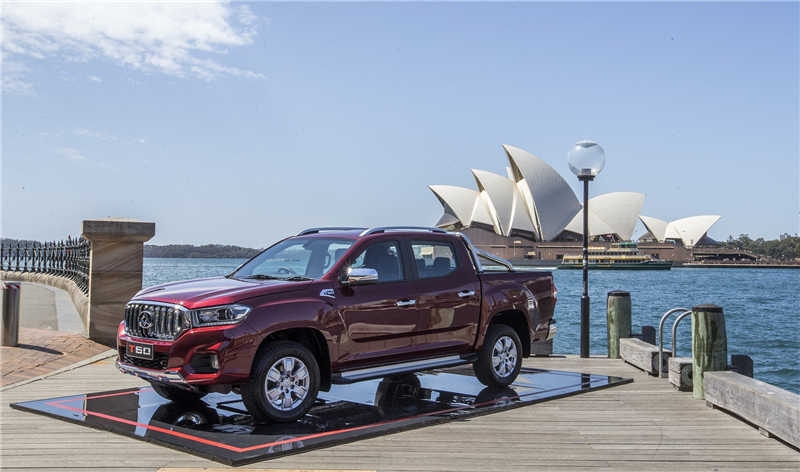 Priced between AUD 35,000 to 40,000 ($27,184.5 to 31,068), the T60 Pickup departs from the traditional mode of selling vehicles at lower prices in expanding overseas markets. The T60 Pickup is instead sold at a price similar to local competitive vehicles.

The SAIC Maxus D90 utilizes intelligent technology, five-star driving security, universal SUV performance and full-size space. To meet Australian standards, 30 percent of interior parts were redesigned. As it was launched in Australia and New Zealand, the D90 will be China’s first internet-enabled vehicle to be marketed and sold in a developed country. 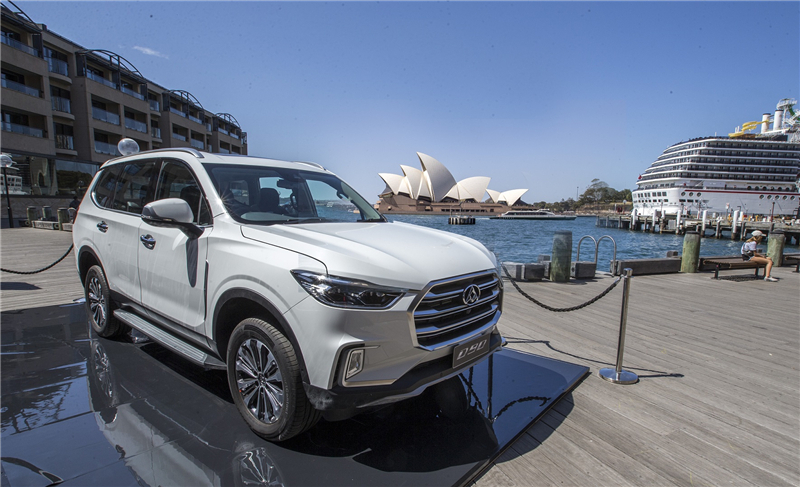 Exporting vehicles to Australia is not easy as the required standards are high and there is tough competition from major international automobile enterprises, but SAIC Maxus won recognition from its customers because of its high product quality and safety performance.

To expand in overseas markets, SAIC Motor has established a complete system covering the links between product sales and after-sales service. With online technical support accessible to clients around the clock and training centers established in foreign markets, SAIC Motor strives to provide qualified field service for overseas customers in cooperation with local facilitators.

Fastway, a popular Australian courier company, employs SAIC Maxus vehicles as delivery cars because they are cheap to run. The total operating cost for three years of a Maxus car is $A15,000, with oil consumption, repair and maintenance included.

SAIC Motor enjoys an annual export compound growth rate of 75 percent. Thanks in part to its diverse product range, advanced technology, efficient management and reputation for quality, it is recognized as one of China’s strongest international competitors.

SAIC Maxus is looking not only the Australian market but also the rest of the world. Exporting products to more than 42 countries (and growing), a global distribution network has been established with five core markets formed in Australia and New Zealand, Europe, ASEAN, South America and the Middle East. By the end of 2016, SAIC Maxus had established 315 after-sales service centers. Developed countries have become the main overseas markets for SAIC Maxus. 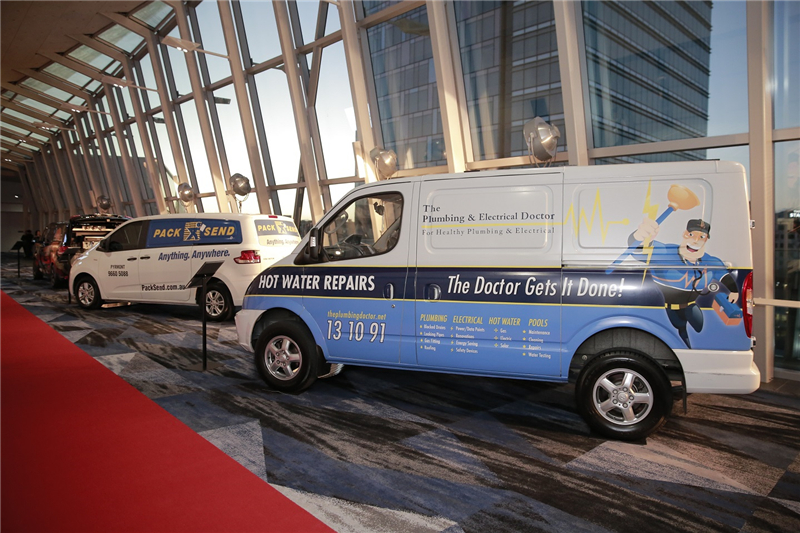 In response to the Belt and Road Initiative, SAIC Motor established a strategy aimed at growing the company into an internationally competitive and influential automobile enterprise. To achieve this goal, SAIC Motor established an innovation center in Silicon Valley and marketing networks in 15 countries and regions in Europe, Africa, South and North America, and Asia. Three production bases have also been established in Thailand, Indonesia and India.

In the first half of 2017, SAIC Motor saw a year-on-year growth of 44.4 percent in vehicle exports and overseas sales; growth of SAIC Motor-CP Co – SAIC's joint venture with Thai conglomerate Charoen Pokphand Group – increased by 49 percent. Sales of MG vehicles in Chile has increased by 139 percent and Maxus performed well in Australia and New Zealand, winning in the light bus and truck markets. Shanghai General Motors Wuling kicked its Indonesian production base into gear in July, with the first vehicle produced there, the Wuling Confero, being well received by local markets.

Focusing on electrification, interconnection, intelligence and sharing, SAIC Motor has made outstanding strides in operational performance. With a market value of more than $50 billion, SAIC now ranks 41st among the Fortune Global 500, an achievement perhaps due to its focus on advanced technology, quality product manufacturing, efficient management systems and excellent teamwork. 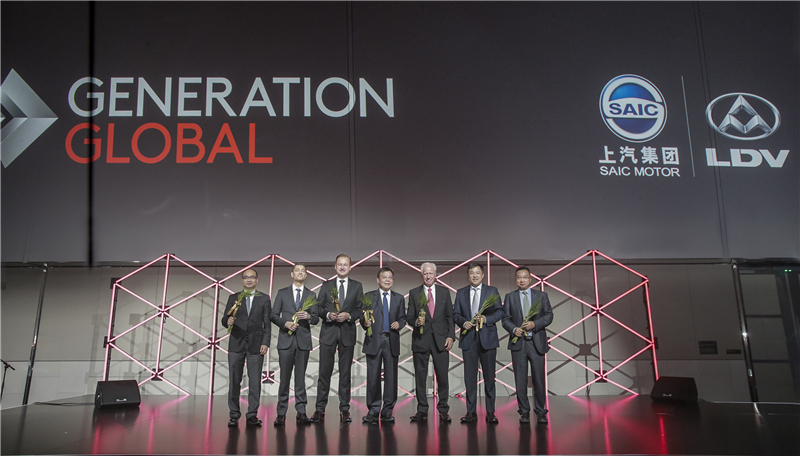 SAIC Motor plans to make good use of local resources in foreign markets and to establish cooperative relationships with competitive partners. It will support local management teams in attempting to respond quickly to market demand, while providing more choices for local clients and creating jobs that contribute more to local economies.

Following SAIC Motor’s management ideals, Maxus set strategic objectives for 2020 to produce and sell 300,000 vehicles at home and abroad, with overseas sales accounting for more than 20 percent, and with new energy vehicles accounting for more than 30 percent. Maxus seeks to transform from a traditional auto manufacturer into a provider of a variety of automobile products and travel services. 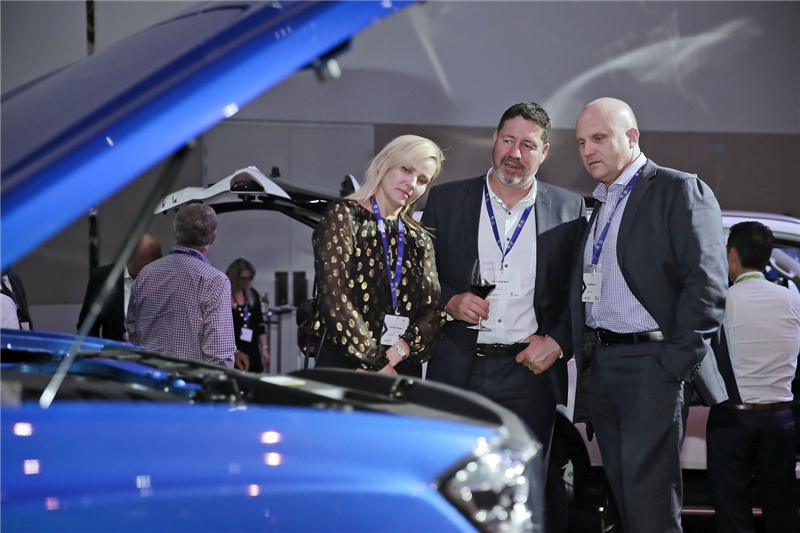 SAIC Maxus will attach more importance to new energy vehicles (NEVs) and accelerate the development of electric vehicles and plug-in hybrid electric vehicles, with the goal of increasing its NEV market share to 20 percent by 2020.