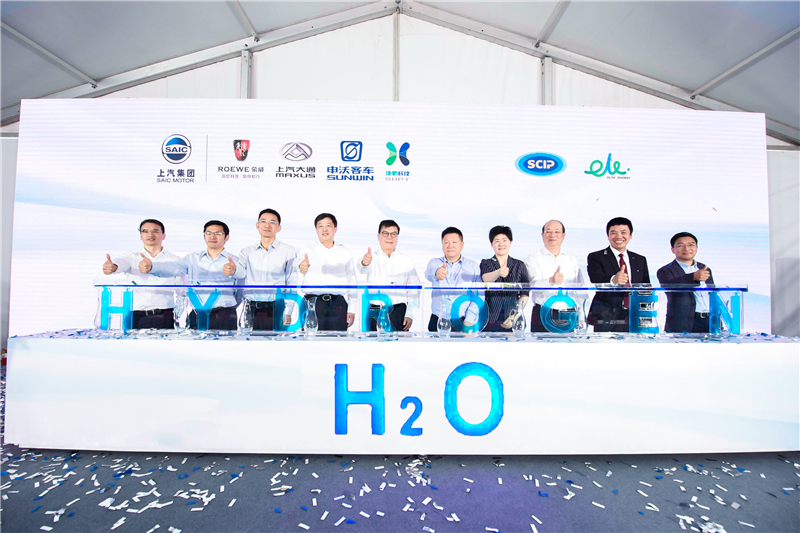 SAIC Motor and Shanghai Chemical Industrial Park jointly launched a hydrogen fuel cell car refueling station on June 5, which is currently the largest and highest-level of its kind in the world.

As the only Chinese auto maker to develop three types of new energy vehicles –electric vehicles, plug-in hybrid electric vehicles and fuel cell vehicles (FCVs), SAIC Motor has mastered several world-class FCV core technologies. The company has participated in the formulation of 15 national standards on FCV and is the first Chinese auto maker to have realized the commercial application of hydrogen fuel cell in passenger cars and commercial cars.

SAIC Motor and its subordinate companies reached an agreement with Shanghai Chemical Industrial Park in January 2018 to jointly promote hydrogen FCV commercial operations, and build related infrastructure in the park. The launch of the refueling station marks an important achievement for both parties and will accelerate the commercialization of hydrogen FCVs and develop Shanghai into a globally leading center of FCV innovation and production.

The hydrogen refueling station can support the pilot operation of 20 SAIC hydrogen FCVs in the park and provide refueling services for commercial purposes. The 8,000-square -meter station has the capacity to supply 2 tons of hydrogen every day, and can refuel vehicles with compressed hydrogen at a pressure of 35MPa and 70MPa. In addition to hydrogen refueling, the station also supports the filling of torpedo-like hydrogen tanks, as well as FCV maintenance and battery charging. Notably, the station uses the park’s hydrogen by-product as its hydrogen source, realizing resource recycling and contributing to the recycling economy of Shanghai.

A hydrogen FCV substitutes petroleum with hydrogen as its fuel, and is powered by a fuel cell instead of an engine. Hydrogen reacts with oxygen in the fuel cell to produce electricity and pure water. Compared with traditional engines, hydrogen fuel cells are more efficient in energy utilization, more environmentally friendly and more secure. 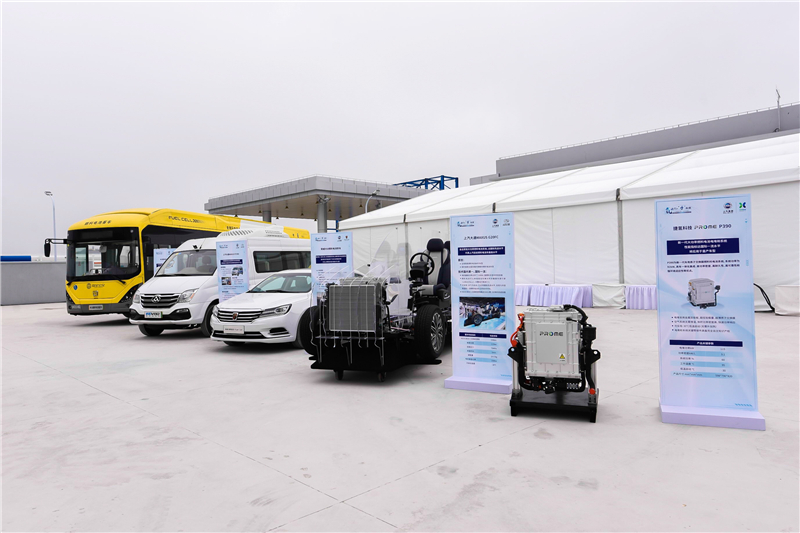 As the forerunner of hydrogen fuel cell technologies, SAIC Motor has made remarkable breakthroughs thanks to its persistent efforts since 2001. It has owned 350 related patents, and participated in formulating 15 national standards on FCVs. In June 2018, SAIC Motor set up Shanghai Hydrogen Propulsion Technology (SHPT) to provide the auto industry with fuel cell products and services. The SAIC Maxus G20FC hydrogen fuel cell vehicle is the world’s first fuel cell multi-purpose vehicle (MPV). It uses a third generation fuel cell system, the latest technology developed by SHPT, and pioneers the use of a 70MPa hydrogen tank in China. With its cell stack power reaching 115kW and power density reaching 3.1kW/L, the car can start at temperatures as low as minus 30 degrees while maintaining world-class overall performance. 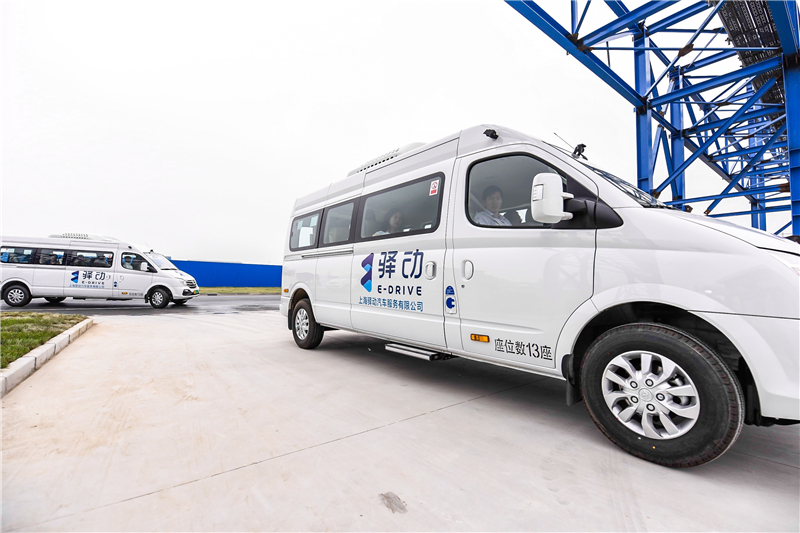 As the first and only FCV to be put into commercial use in China, the Maxus FCV80 applies a double engine system driven mainly by a fuel cell while complemented by the power battery, offering a maximum range of 500 kilometers. It now serves clients in Shanghai, Foshan and Fushun, has a fleet size of 400 vehicles, and a total running distance of more than 1.5 million kilometers. In Fushun in particular, the vehicle survived cold weather and has run a distance of over 30,000 kilometers.

The Roewe 950 fuel cell sedan is the only fuel cell passenger car in China to be approved for sale by the authorities and has already seen several be sold and registered. Equipped with a double engine system integrating a power battery and a fuel cell, it supports multiple power modes such as electric-only, hybrid, and braking energy recovery. It also allows slow recharging through an external power source. The car has a maximum range of 430 kilometers, and can start at a temperature as low as minus 20 degrees. It has run a total distance of more than 500,000 kilometers for commercial purposes.

Sunwin fuel cell bus is a designated vehicle for the United Nations Development Program’s project of promoting commercialization of Chinese FCVs.  It started commercial operation on the NO 114 bus route in Jiading, Shanghai at the end of last year, with a total mileage of 120,000 kilometers.

SAIC Motor will continue to push forward the independent R&D of hydrogen fuel cell technologies and accelerate the exploration of new energy applications with partners, so as to promote high-quality development through innovation and contribute to the city’s mission of building a global scientific and technological innovation hub.