500 MG ZS electric SUVs made by SAIC Motor were exported to Europe through ro-ro ships from the Shanghai Haitong Dock on Sept 28, marking the first time that a Chinese brand passenger vehicle has been exported to Europe in such large quantities and setting a record in terms of the volume of a single shipment of Chinese new-energy vehicles for export. The century-old MG brand originated in the United Kingdom has now taken on a new look. 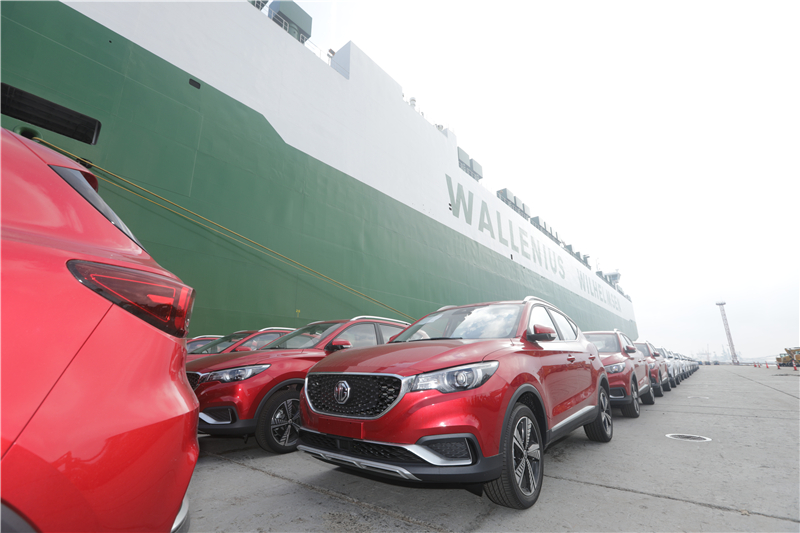 Auto sales in the European market reached 17.7 million units last year, but only 200,000 units were electric cars. Fuji Keizai, a Japanese research company, predicted that the global electric vehicle market will grow rapidly with China and Europe as its center, and that sales of electric vehicles in Europe will surpass 6 million units by 2035. The success of the MG ZS EV opened a new door for Chinese new-energy vehicles in the European market. 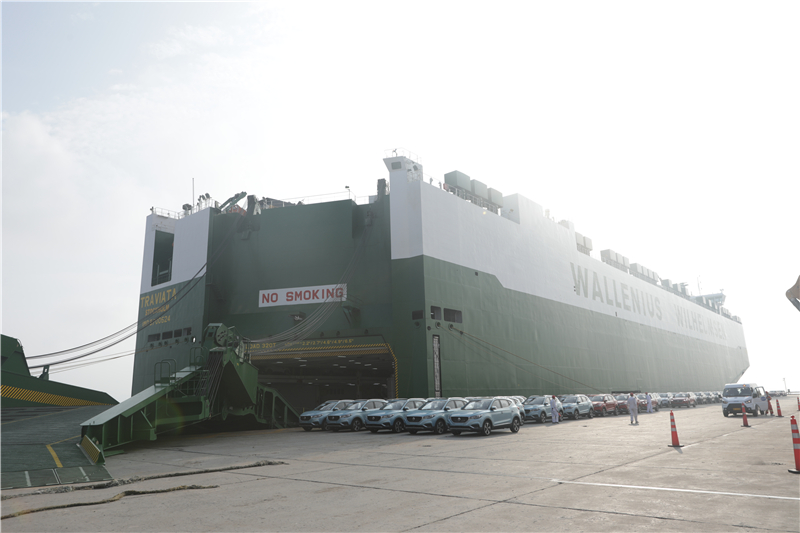 Bolstered by innovative products such as internet cars and new-energy vehicles, SAIC Motor saw its vehicle exports and overseas sales reach 277,000 units in total last year, ranking first in China for three consecutive years and accounting for 23 percent of overseas sales of Chinese cars. From January to September 2019, SAIC Motor maintained rapid growth in vehicle exports and overseas sales, selling 240,000 units, up 15 percent year on year. Currently, its products are sold in more than 60 countries across the world. It has also developed six regional markets where its sales volume has reached 10,000 units, namely Thailand, the UK, Indonesia, Chile, Australia and New Zealand, and the Middle East. SAIC Motor launched MG HECTOR in India at the end of June, which is the first internet car ever seen in the local auto market. Popular among Indian consumers, the company received 28,000 orders within two months but it has to suspend order temporarily due to production capacity limits. India is expected to become the seventh “10,000-sales-volume” market for SAIC Motor.
PrintBack