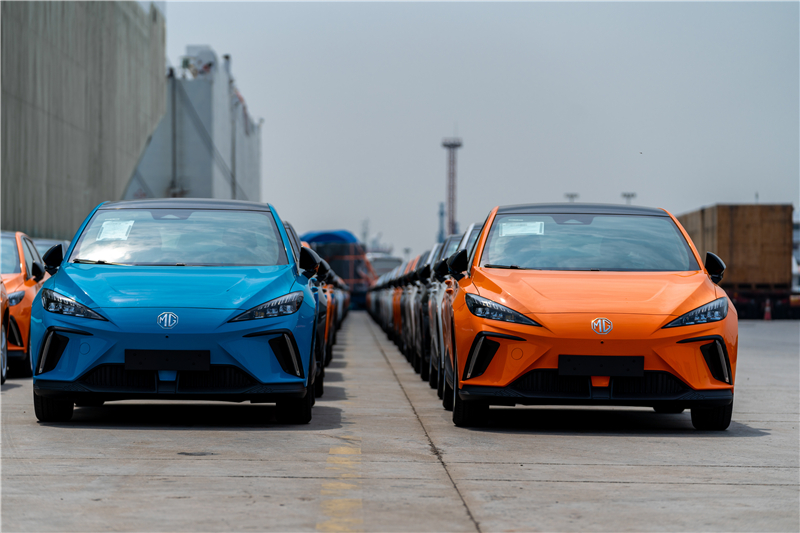 The first batch of SAIC Motor’s new EV model - MG4 ELECTRIC - departed from Haitong port in Shanghai on a ro-ro ship, and headed to Europe on July 21.

MG4 ELECTRIC was unveiled by SAIC Motor, China's largest auto maker, and is built with the carmaker's new MSP platform that is designed solely for all-electric cars. It sports the company’s One Pack battery with an energy density that can reach 180 Wh/kg. Equipped with an active safety system and a data security protection system, MSP aims to provide customers with a safe and quiet environment. The new model also features a "zero thermal runaway" system to prevent it from catching fire or overheating. MG4 ELECTRIC has reached the international top level in terms of design, safety, environmental protection, and quality, and is expected to be launched in Europe in fall of this year. 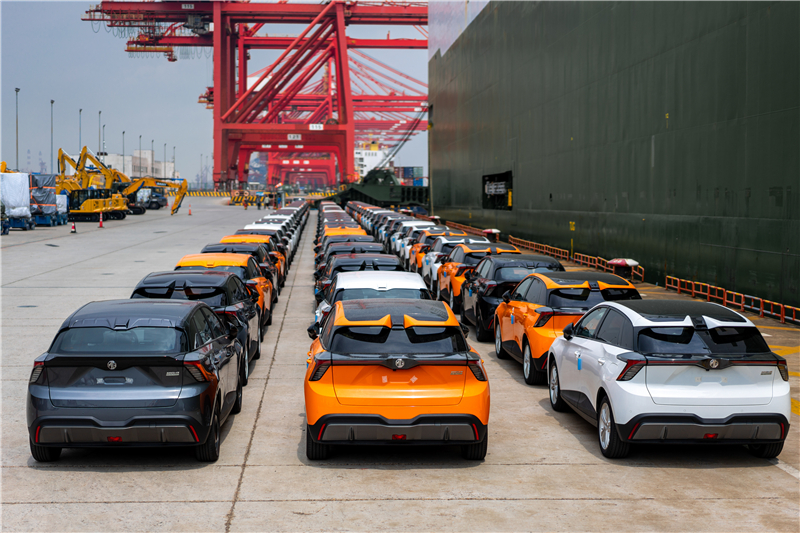 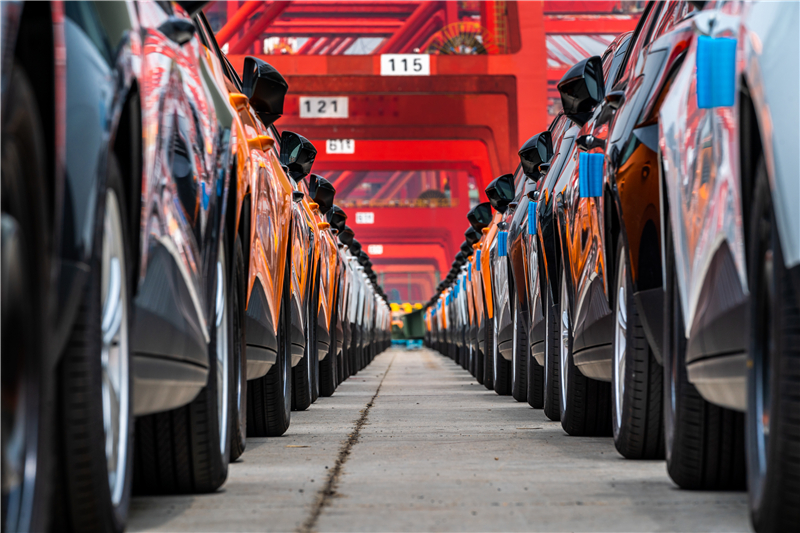 According to official data, the sales volume of the MG vehicles in Europe has exceeded 45,000, and MG ranks among the top 10 in the pure electric vehicle markets in Sweden, Norway and other countries. SAIC Motor aims to sell more than 800,000 vehicles overseas this year, aiming to further expand its leading edge in the international market. 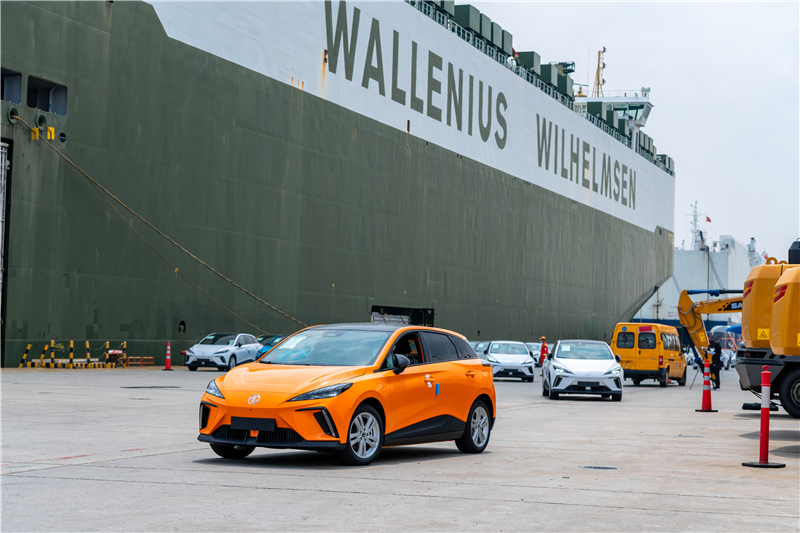 Based on its domestic leading scale, and the most complete spectrum of new energy vehicles (NEVs) in the world, SAIC Motor launched MG4 ELECTRIC, its first electric model developed "with global markets in mind", and will meet the diverse needs of overseas consumers in terms of safety, environmental protection, and intelligence.

In fall of this year, MG4 ELECTRIC will make its debut in Europe, including countries such as Germany, France, the United Kingdom, Italy, Spain, Norway, Sweden, Denmark, the Netherlands, Belgium, and Luxembourg. With a global sales target of 150,000 vehicles in 2023, the new vehicle model also plans to enter Australia, New Zealand, the Middle East, Mexico, and South America next year. It will also cover major regional markets on six continents.

MG4 ELECTRIC is jointly designed and operated by the SAIC Design global team. It is developed in accordance with the European New Car Assessment Program, one of the strictest auto regulators in the world. 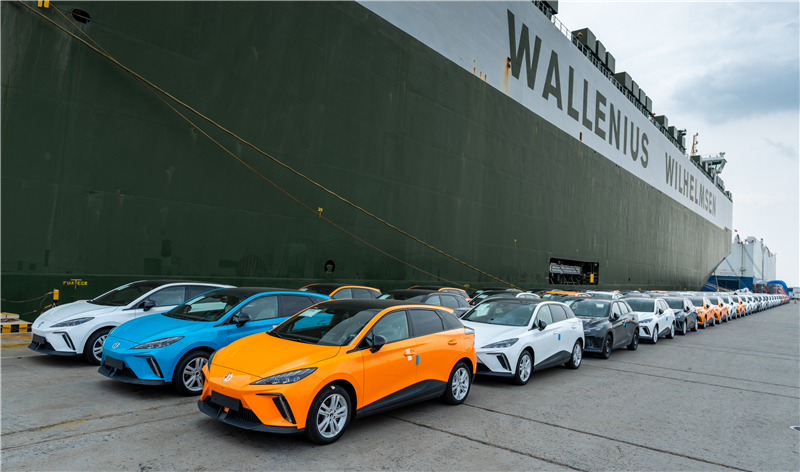 As a leading automobile enterprise in China, SAIC Motor has long upheld the principle of being "systematic, well-planned and well-organized" to promote international operations, and established an automotive industry chain for the global market that integrates research and development (R&D), marketing, logistics, spare parts, manufacturing, finance, and second-hand cars. The carmaker has also set up three R&D innovation centers in Silicon Valley in the United States, London, the United Kingdom’s capital, and Tel Aviv, a major city and economic hub in Israel.

Currently, SAIC Motor's services and products are available in nearly 90 countries and regions, and the company has developed six large-scale regional markets in the European Union, Australia and New Zealand, the US, the Middle East, the Association of Southeast Asian Nations, and South Asia.

According to official data, SAIC Motor sold 697,000 vehicles in 2021 in overseas markets, a year-on-year increase of 78.9 percent, and has ranked first among domestic car companies for six consecutive years in overseas sales. In the first half of this year, the carmaker sold 381,000 vehicles overseas, an increase of 47.7 percent from the same period last year. It is said that SAIC Motor makes one out of every three Chinese cars sold overseas. 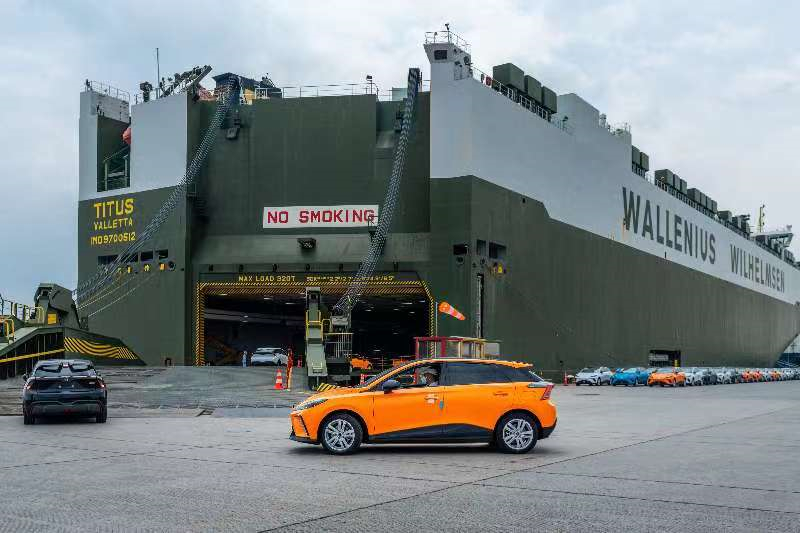 SAIC Motor started exporting MG-branded vehicles in 2007, and it has become the most popular Chinese brand in overseas markets. According to official data, the overseas sales of MG vehicles have exceeded one million, and it has attracted more than six million followers on overseas social media platforms. Currently, MG is now available in 84 countries and regions, and ranked among the top 10 brands in 18 countries and regions.